AI and our illusions about life 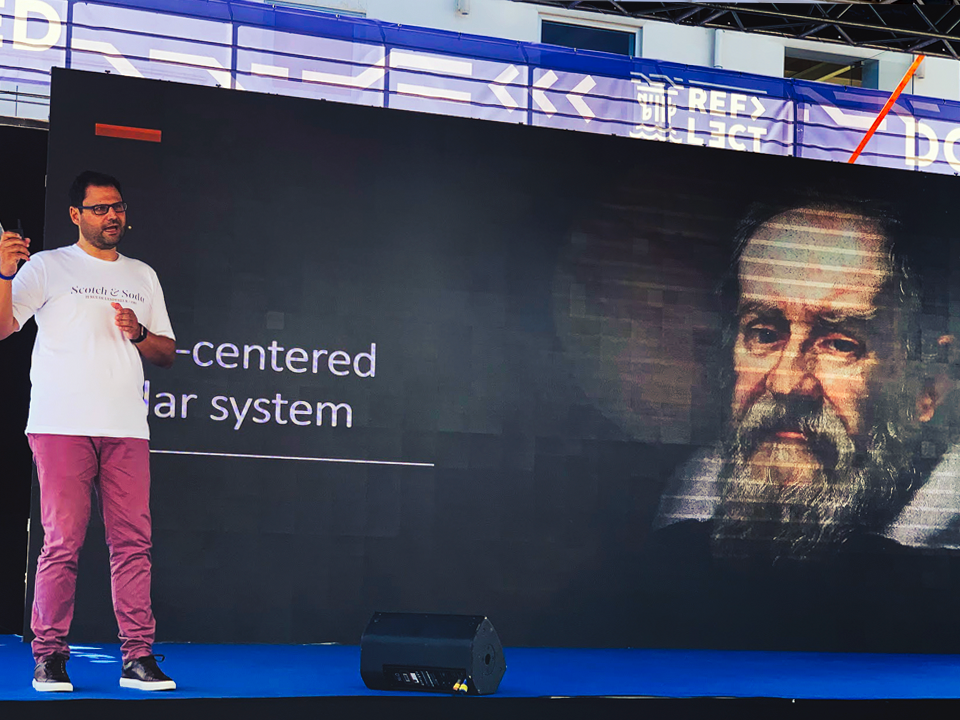 I love science. I really do. There was a quote that I read lately about science, which I really like, as I think it encapsulates the very meaning of it, “it separates sense from non-sense”.

I also love how science synergises with technology and may I say that this is why I think of myself as a really lucky guy, as I each day find myself to apply the latest scientific & technology advancements to our work in Pobuca; which is truly exciting and something that helps me to keep going for more!

What I also like about science is that it is a major disruptor, a real pain in the…backbone of History, as almost every scientific breakthrough in the past brought philosophical shock waves to humanity.

Let’s recall some of them.

I believe that AI will uncover some truths and undisputed facts about life, truths that will be widely evangelised to people, instead of being secluded to scientists’ circles, as some of the ones below:

We had to wait until mid 20th century to define it adequately:

Something that reproduces metabolizing energy from the environment AND by transferring genetic information to the next generations. Our babies are born with genetic information we gave them through our DNA, however the new flame of fire depends on the new host, whether a tree, a bush or alcohol.

AI beats human pilots in simulated dog-fights. This happens for 2 reasons, one is that they make fewer errors, and the second and more interesting is that AI is not afraid to “die”. It is just a calculated risk of winning or losing the dogfight. And hold on. Does it really make sense that the AI that controls a plane dies? What does dying mean to a code that could be activated again to another plane? And let’s say that there is no backup of the code. When and how the AI code will start having a willingness to stay alive?

The core “reproduction” process of AI is different compared to humans, there is no genetic code to pass to future generations and therefore any willingness to survive.

Our last to survive has to do with the way we reproduce and we already know examples from existing animals that don’t reproduce. Like worker bees that lack reproducing capabilities and their survival instinct moved from their self to the fertile queen and their colony.

●       We always imagine a human centric future. Now I may spoil your dreams. Especially if you grew up like me with Star Trek and starship Enterprise discovering new worlds.

We have so many biological limitations. We are so limited regarding space and time. It will be machines or new super-human androids that will be the protagonists of the future, not homo sapiens as we know them. We can’t even organize a trip to the closest planet, Mars, and even if we do we are afraid of the lethal radiation that we will get on its surface. Now, how on earth are we going to explore the universe?

We consider ourselves “intelligent”.

Finally, we may face the biggest illusion, that we consider ourselves as intelligent beings. And this is how we measure intelligence. We say that a Chimp with an IQ of 40 is a bit dumb, I mean they can’t even have a discussion about weather, but we humans with an IQ of 100, we are very intelligent. Why? I mean it could be really intelligent that you should have an IQ of 1000! As Neil DeGrace Tyson said, our DNA differs from chimps by just 2%, maybe also our intelligence differs by 2%, and to have space for intelligence much more than the graph shows!

And let’s see how AI will help us realize this; a typical AI engine like Apple Siri, has around 23 in IQ. The turning point will be when AI will manage to code better than humans, so let’s say when it reaches an IQ of 100. At that point, imagine 1 billion cores of AI to work in order to double its IQ to 200. While this may happen in 10 hours. And now imagine that 1 billion cores of the smarter AI trying to develop a new version of IQ 400. And this may be accomplished in 5h, and so on…

You may wonder, when will this happen? Some futurists say in 20 years, others in 30 or 40, but the vast majority of them believe that this is already a certainty and only a matter of time.

And when this happens, this is how the graph will look like. What it means an IQ of 10,000? I mean from 40 to 100, which is our difference with chimps, is enough to take you to the moon or to study quantum physics. Maybe AI could imagine universes into its digital brains? It could change the laws of physics just by thought?